Roofing of the Winter Stadium 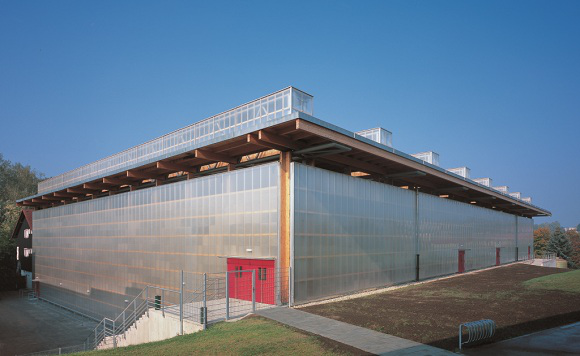 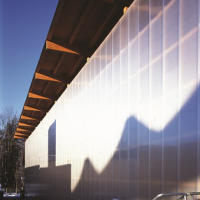 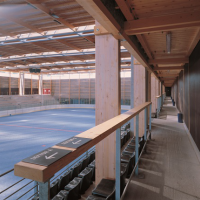 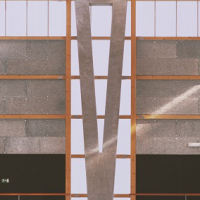 The aim of the project was to modify the Litomyšl ice rink in such a way that its higher comfort better serves athletes and spectators, and not only during hockey matches. The project of roofing and cladding of the winter stadium was based on a study of the completion of the Černá hora sports complex. The author of the proposal is Ing. arch. Aleš Burian. The reconstruction of the winter stadium took place gradually according to financial possibilities. In 2002, a new grandstand for spectators with concrete steps was built on the eastern side of the course, which can hold 1,422 standing spectators. At the same time, the spaces between the rink and the penalty bench and places for scorers and timekeepers were modified and new guardrails were installed. In this stage, footings for roofing were also built, which could be realized in 2004 thanks to a 15 million state subsidy. In 2005, the reconstruction of the winter stadium continued with another stage. The cladding of the south and west sides was built. A grandstand was built into the western wall, which adjoins the existing cloakroom building. Under the grandstand there are inverters. In 2006, the cladding would be completed by building a partially glazed north wall and implementing a cladding on the east wall.