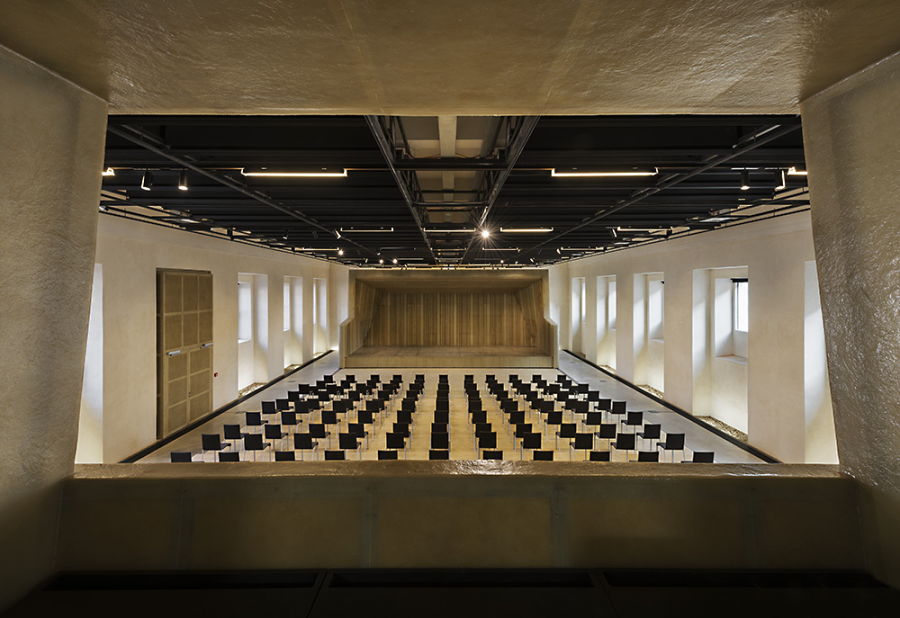 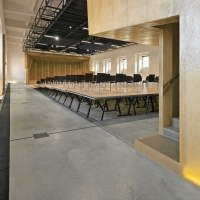 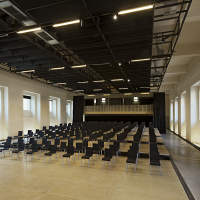 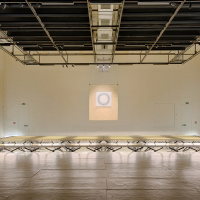 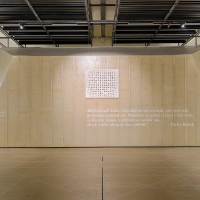 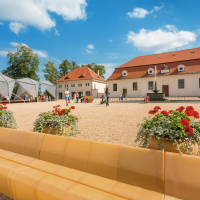 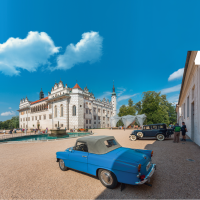 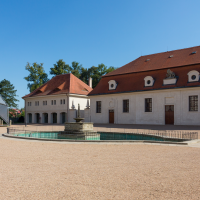 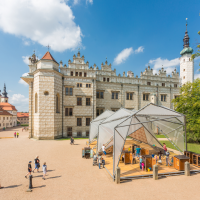 The riding hall has been an important part of the unique area of the castle hill for centuries. The first data on the construction of the riding hall are from 1635. After 1726, the restoration after the fire was carried out by the architect F. M. Kaňka. In the 1970s, the entire building was extensively renovated. In order to ensure sufficient load-bearing capacity, due to the location of the archive in the attic of the riding hall, a concrete ceiling and truss was built as part of these modifications. In the design of architects Petr Hájek, Tomáš Hradečný, Jan Šépka, who contributed to the new appearance of the riding hall, they tried to respect at least those parts of the historical structures that have been preserved to this day. From the street front, the original size of the window shutters was restored. The modern entrance to the archive was reduced in the gable wall. The function of the archive has been preserved in the attic. The riding hall has become a multifunctional variable space suitable for concerts, film screenings, conferences and exhibitions. The new building consists of two parts - a sliding front and a fixed body. The corpus houses the changing rooms of the performers, the technicians' premises and the sanitary facilities for the guests. The sliding front slides on rails in the floor and defines the space for individual events as a screen. In this way we can set the proportions of the space, and thus its acoustic parameters. The floor consists of practical cables, which allow independent lifting of the stage, elevation of the auditorium or individual division of the floor during exhibitions. Stage lighting technology, acoustic resonators and other necessary elements are located on an independent structure under the existing concrete ceiling of the hall. All new elements are designed as a combination of steel and translucent laminate of slightly amber color. It was a matter of placing a kind of jewel in the castle riding hall, which will have its charm adequately corresponding to the environment of the multifunctional space.