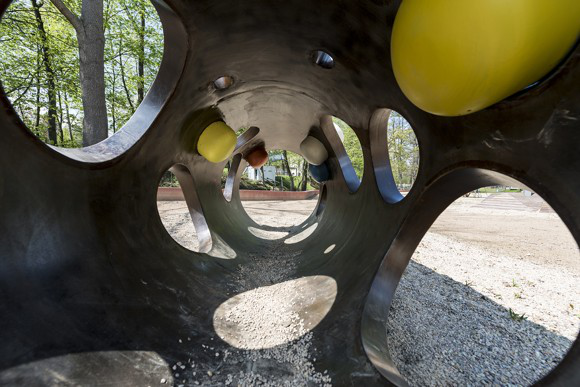 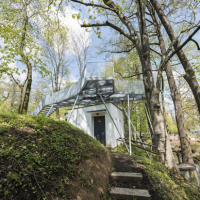 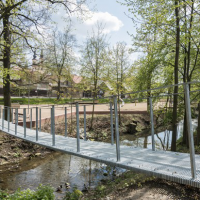 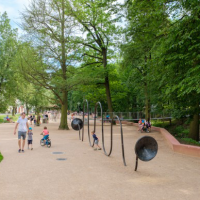 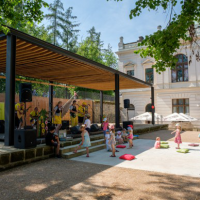 Come and visit the newly built playground in the locality of Vodní valy in the immediate vicinity of the historic centre. The unusual game elements were  designed by scupltors Dušan Záhoranský and Pavla Sceranková. This artistically designed playground with musical motifs was open to public in 2017. The solution of the space arose from the architectural competition Award of Proměny Foundation 2013, and was based, among other things, on a survey of the wishes and needs of the people who use the waterfront most often. Based on the suggestions of the inhabitants, the architects Martin Rusina and Martin Frei left the area as natural as possible. At the same time, they connected the originally separate areas of Vodní valy Street, the waterfront, the river and the park near Smetana's house. Better access to the river as well as new possibilities for crossing the watercourse are made possible by a stone ford, a new foot bridge and tilting piers reminiscent of old way of washing of clothes. The architects used the unsightly object of the waterworks above the river to create a viewpoint. The park at Smetana's house was complemented by a pavilion with a green roof for organizing cultural events and sitting under mature trees. The city received a contribution of more than 23 million crowns from the Karel Komárek Proměny Foundation, and spent over 7 million crowns on the reconstruction of the park itself. Further financing of the city required the renovation of part of the road and sidewalks on Vodní valy Street, the new form of which was also designed by architects Rusina and Frei. These works cost less than eight million crowns.