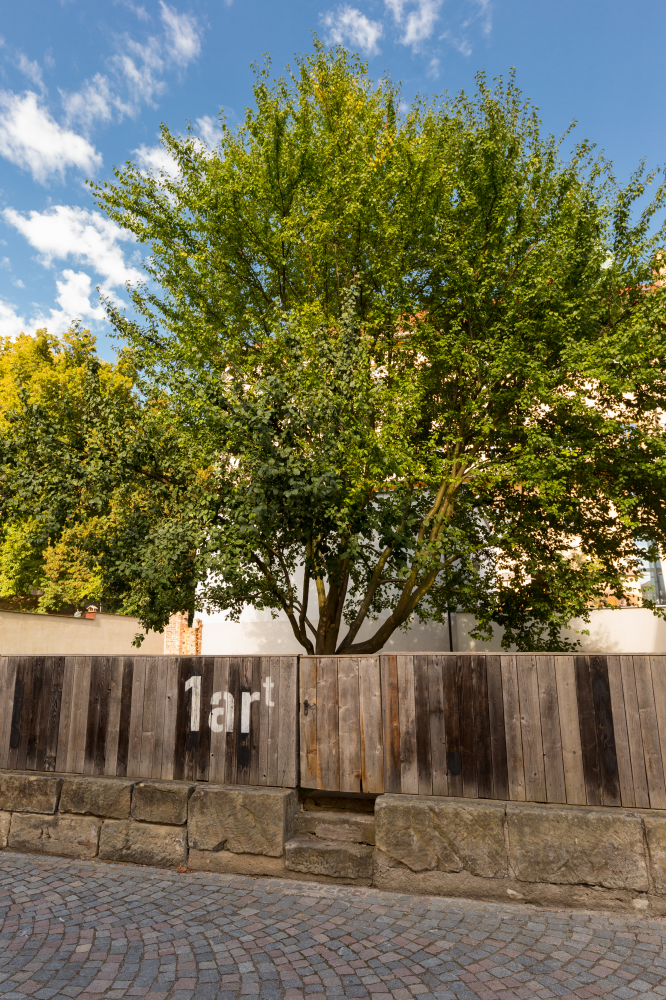 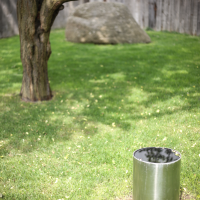 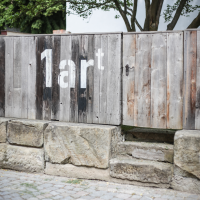 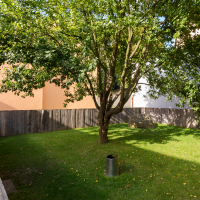 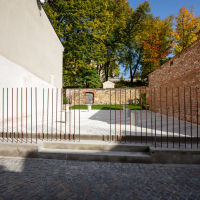 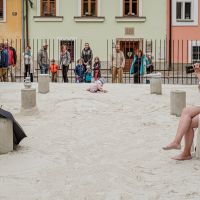 Public spaces in the very centre of Litomyšl, where people can spend their leisure time, is located literally just a few steps from the castle grounds. Both places in Mariánská Street are designed for relaxation, art and various happenings.

1ar(t)
1 art/ 100 m², a public park with a well by Václav Cigler, dedicated to art and relaxation, made over by the architect Josef Pleskot. Its gala opening took place on 15 June 2012. "A direct inspiration for 1ar(t) was the idea of an idyll of resting in the shade of an olive tree somewhere in the Mediterranean. The tree, which by itself occupies the centre of the 10x10 m square, was confirmed in its position. And then only water – a well, a container of water, a calm surface reflecting the sky. A round-shaped stone for sitting down and a precise delimitation of the quiet place by a small wooden fence. Nothing more," says the architect Josef Pleskot.

2ar(t)
A Zen garden by the architect Josef Pleskot, with an area of 164 m2, was created on the pattern of the previous 1art park for art and relaxation. Its gala opening took place on 17 June 2017.
Both gardens were built by the architect Josef Pleskot together with the gallerist Zdeněk Sklenář. The gallerist Zdeněk Sklenář had the place, which originally served as a facility for garages, transformed into a geometrically designed Zen garden and an occasional sculpture park, restoring thus the place belonging to the historical hill of Litomyšl for its social purpose.

"Where else could there be 1ar of Zen gardens than in Litomyšl. Where else should it be entered from than Mariánská Street. Where else should it lead than to the Mount of Olives (…) with a French garden. These are the Litomyšl paradoxes, that's the grandeur of Litomyšl," says the author of the architectural design Josef Pleskot about the Zen garden project.

Visitors to the Zen garden, which is made of stones and grass, will be able to use their creativity and draw various shapes in the defined space, following the example of Japanese dry gardens. The model can be instructive geometric drawings created directly by the author of the architectural design Josef Pleskot.

The garden also serves as a sculpture park dramaturgically following on from the adjacent Zdeněk Sklenář Gallery.