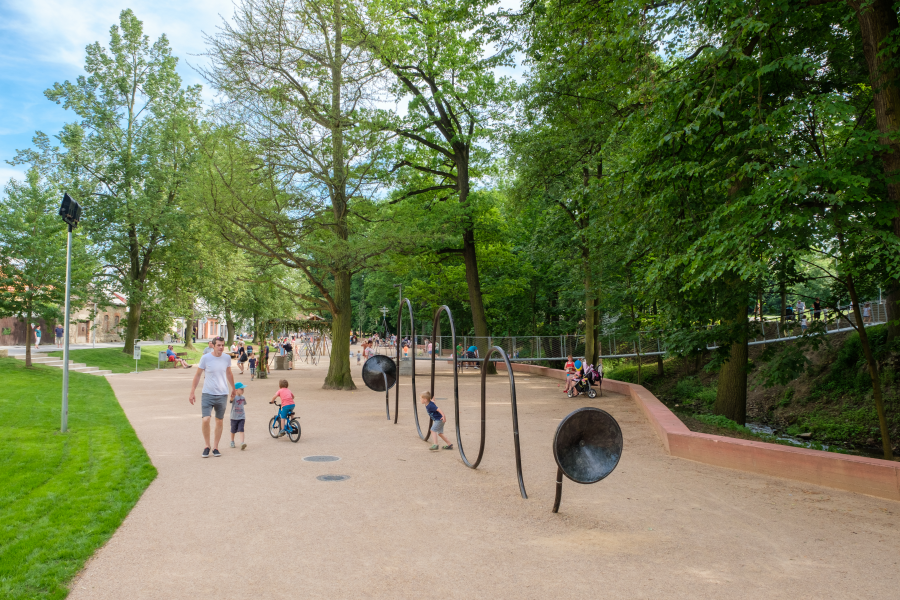 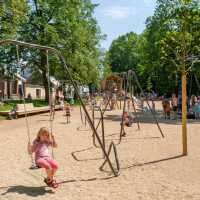 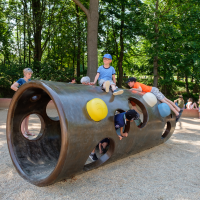 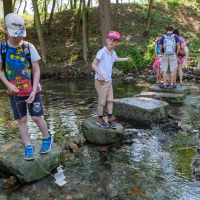 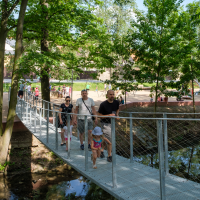 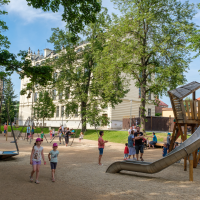 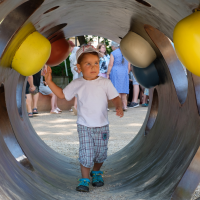 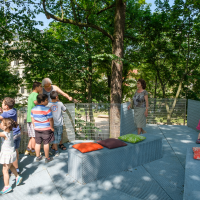 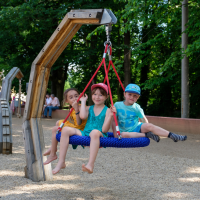 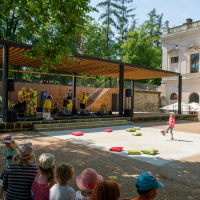 If you are visiting with children, there is a newly-built playground on Vodní valy street which was opened to the public in 2017. Besides the attractively reconstructed riverbank of the river Loučná they are sure to enjoy the play equipment which, in contrast to traditional swings and see-saws, includes sound and music motifs of various forms. Designs for the playground were drawn from entries to an architectural competition, the Proměny Foundation Prize 2013, the aim of which, amongst other things, was to draw on a questionnaire to discover the wishes and needs of the people who use the embankment area most. Based on suggestions from residents, architects Martin Rusín and Martin Frei created a design that tries to retain the natural character of the area as much as possible. At the same time, they joined the originally separate spaces of Vodní valy street, the riverbank, the river and the park around Smetana’s House. Better access to the river and ways to cross its waters is provided by stepping-stones, a new hanging footbridge and wooden jetties, a reminder of where women once used to wash laundry here. The architects made use of the unsightly water tower above the river to create a viewing terrace. A pavilion with a green roof was added to the park around Smetana’s House for holding cultural events, together with seating under the overhanging trees.

You can find further information at the official website of the Proměny Foundation.