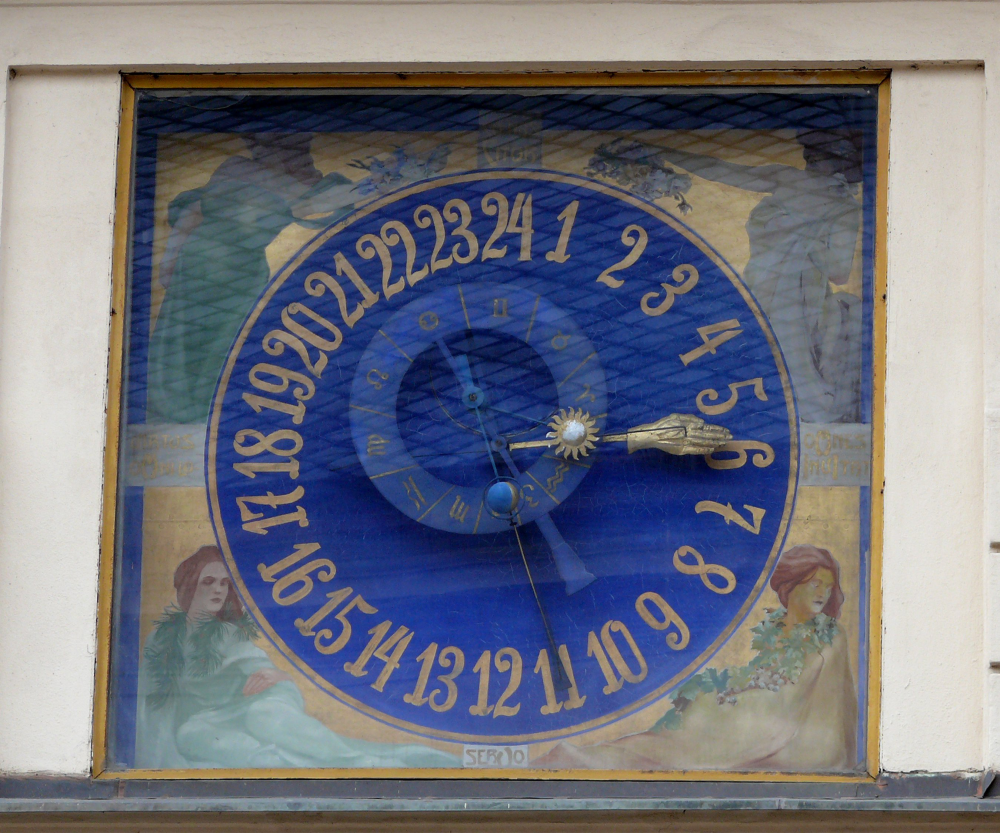 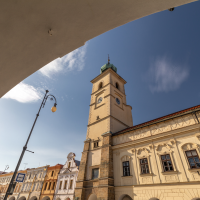 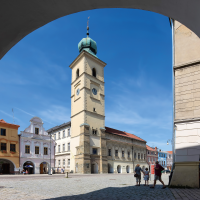 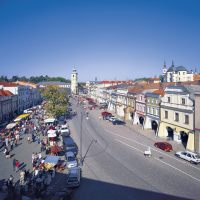 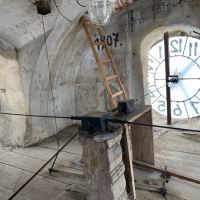 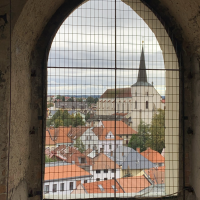 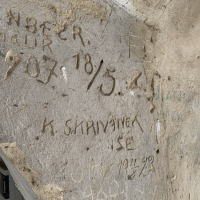 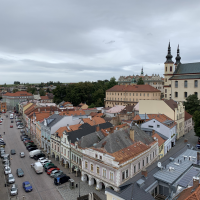 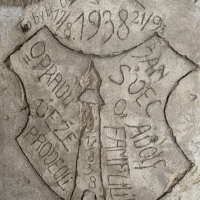 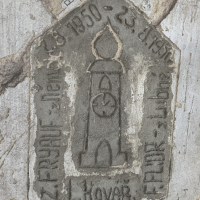 On the first floor of the Old Town Hall tower in Smetana Square, there is an Art Nouveau astronomical clock, which, just like the tower clock, was supplied by Karel Adamec from Čáslav in 1907. The visual design of the astronomical clock's deck comes from Antonín Růžička, later a professor of drawing at the State Industrial School in Prague (who, however, was only twenty years old at the time of working on the astronomical clock).

In the four corners of the astronomical clock, there are four female figures on a golden background, symbolising the four seasons. Among the figures on the labels in the middle of the sides of the square, there are Latin inscriptions which, when read clockwise, form the phrase 'virtus oMni loco nasCitur, oMnes InvItat serVos reges' (Virtue Is Born in Every Place, It Calls on Everyone, Slaves and Kings Alike). The inscription is also a chronogram, as the larger letters indicate the year 1907 in Roman numerals.
The astronomical clock shows the local solar time in a twenty-four-hour format. The interesting thing about the Litomyšl astronomical clock is that it has midnight at the highest point of the dial. Noon is usually placed at the highest point, because at noon the sun is highest in the sky and, conversely, at midnight it is deepest below the horizon.

The Litomyšl Astronomical Clock, like the Old Town Astronomical Clock in Prague, is made in a stereographic projection from the North Pole to the plane passing through the equator and depicts a model of the universe as it was seen by our ancestors. In the centre of the astronomical clock is the Earth, around which the Sun, the Moon and the universe revolve in one day, which is symbolised only by the twelve signs of the zodiac, which lie on the ecliptic.
On the pole that shows the solar time, there is a golden Sun, which moves along the disk of the ecliptic during the year, so it is clear in which sign of the zodiac the Sun is at any moment. The last part of the astronomical clock is the pole of the Moon, which shows in which sign the Moon is currently located. Using a sophisticated mechanism, the Moon rotates, so it is also possible to recognise the current phase of the Moon on the astronomical clock.