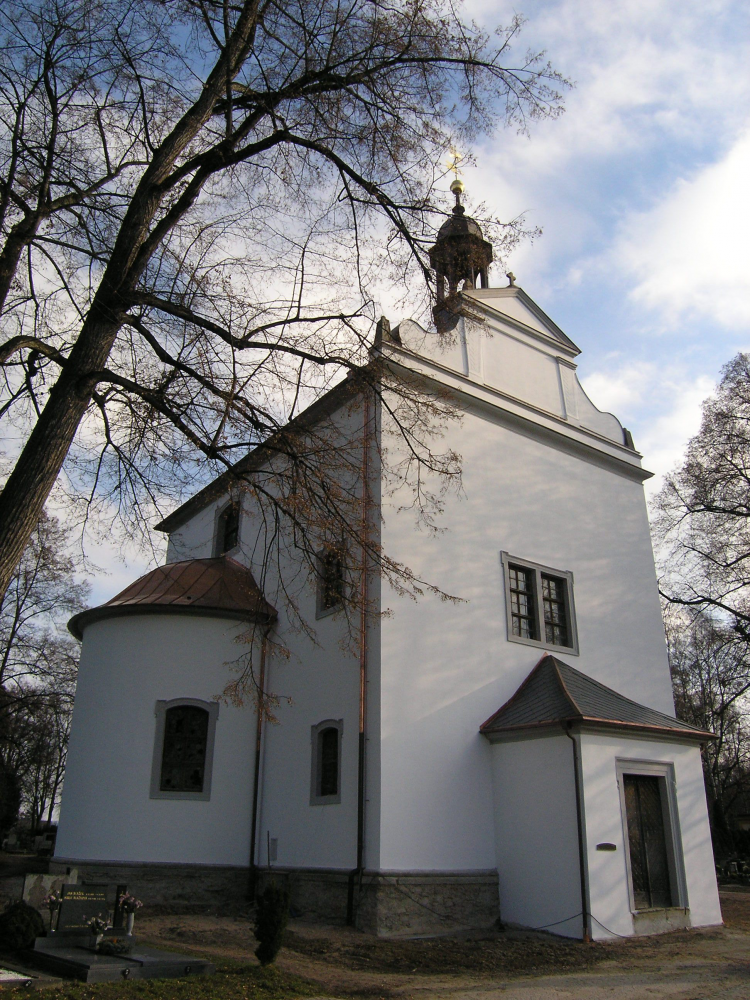 The Church of St. Anne stands in Litomyšl cemetery. It is a Baroque building built between 1670 and 1672. The wife of Johann Friedrich of Trautmannsdorf, Marie Anna, née Berková of Dubá and Lipé, had it built. At the end of the 18th century modifications were made and in 1872 repairs were carried out. Here you can find part of the original ornamentation from the 1670’s (side altars) and the main altar which dates from 1795. The cemetery was gradually moved to this place after the Josephine Reforms. The Neo-Renaissance gate on the town side was erected in 1897. Today you can find the graves of several famous figures here and a range of interestingly crafted gravestones. Buried here are Mařenka, the daughter of Alois Jirásek, the daughters of Tereza Nováková, Magdalena Dobromila Rettigová, as well as an array of other artists, scientists, important townsfolk, and leading members of the Piarist Order.