Church of the Finding of the Holy Cross 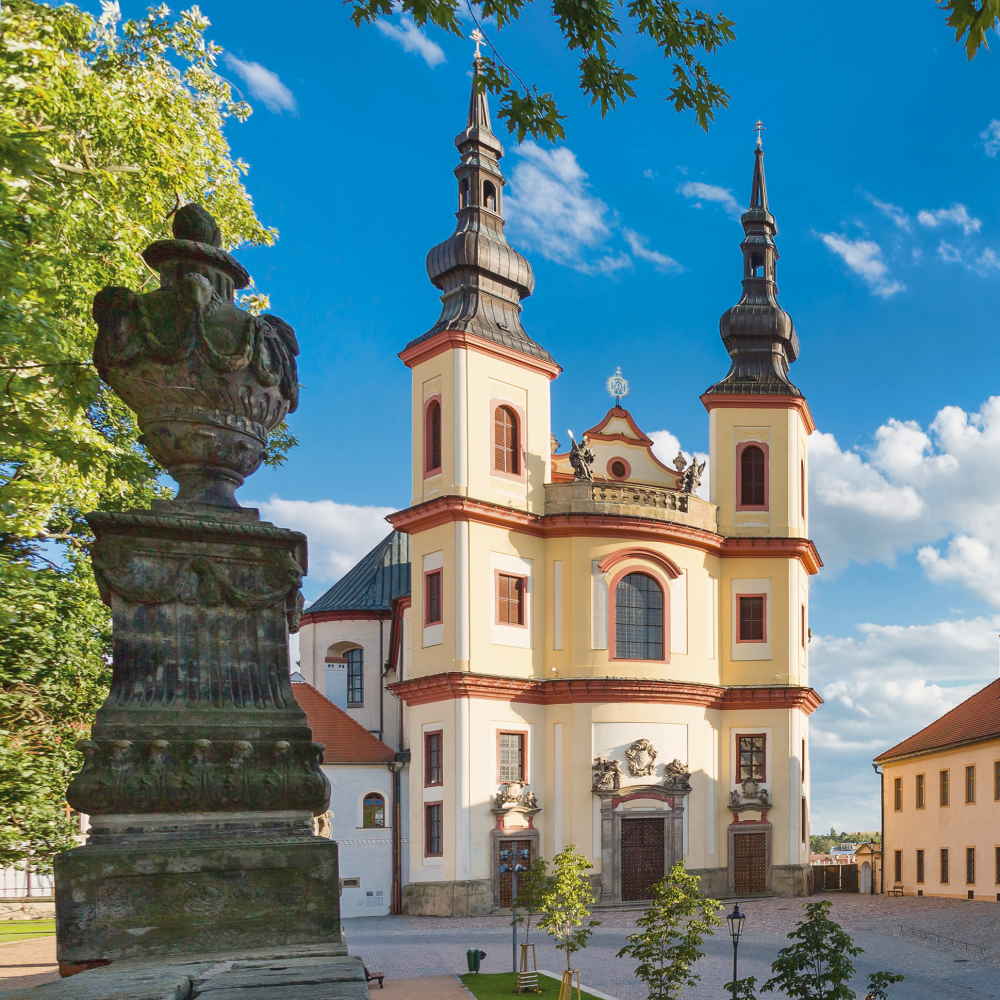 The Baroque Church of the Finding of the Holy Cross on the hill, next to Litomyšl Castle, was built in the years 1714–1725. Construction was begun by Italian builder, Giovanni Battista Alliprandi, and completed after his death by František Maxmilián Kaňka. The church burnt down four times during its history and then in 1968 it was closed and gradually fell into disrepair. In the years 2011–2015 the building underwent complete reconstruction. The cathedral now houses installations from two contemporary artists, Václav Cigler and Michal Motyčka. On special occasions and night tours of the cathedral you can view their sacral light installation ‘Mensa’ and their laser ‘Light Cross’. In 2017, after 75 years, the bell tower was once again refurbished with three new bells funded by public contributions collected between 2011 and 2017. During opening hours there is an interactive programme entitled ‘Upward to the Angels’ where you can admire the view from between the church towers.